The following 5 plenary talks were presented at ACC 2020.  Scroll down for videos of the talks. 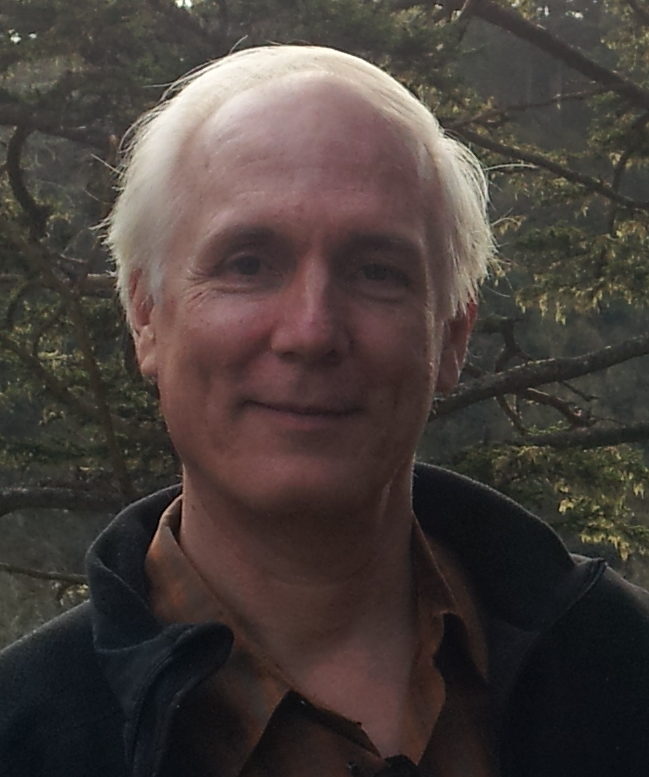 Abstract: In September 2015, the Laser Interferometer Gravitational-wave Observatory (LIGO) initiated the era of gravitational wave astronomy (a new window on the universe) with the first direct detection of gravitational waves (ripples in the fabric of space-time) resulting from the merger of a pair of black holes into a single larger black hole. In August 2017 the LIGO and VIRGO collaborations announced the first direct detection of gravitational waves associated with a gamma ray burst and the electromagnetic emission (visible, infrared, radio) of the afterglow of a kilonova — the spectacular collision of two neutron stars. This marks the beginning of multi-messenger astronomy. The kilonova discovery was made using the U.S.-based LIGO; the Europe-based Virgo detector; and 70 ground- and space-based observatories.

Biography: Dennis Coyne is the Chief Engineer for the LIGO Laboratory at the California Institute of Technology (Caltech) in Pasadena, California. Over the last 24 years he has led the LIGO engineering team’s efforts in design and implementation of first and second generation instruments. The Laser Interferometer Gravitational-wave Observatory (LIGO) is a first of its kind instrument, capable of measuring the sub-atomic stretching of space due to cataclysmic cosmological events. The LIGO founders were awarded the Nobel Prize in Physics in 2017 for the direct detection of gravitational waves which were predicted by Albert Einstein. LIGO is now an operating observatory enabling multi-messenger astronomy. Prior to joining Caltech, Dennis worked for Kaman Sciences Corp. and Bell Laboratories. Dennis received a BSME from UMass and an MSME from UC Berkeley. He is a fellow of the ASME, a fellow of the APS, recipient of the 2018 AAS Lancelot M. Berkeley Prize, OSA’s 2016 Forman Team Engineering Excellence Award and the 2016 Breakthrough Prize in fundamental physics. More information is available at https://labcit.ligo.caltech.edu/~coyne/

Lots to be Done: Towards Data-informed, Real-time Coordination Algorithms that Scale Up
Sonia Martinez, University of California, San Diego 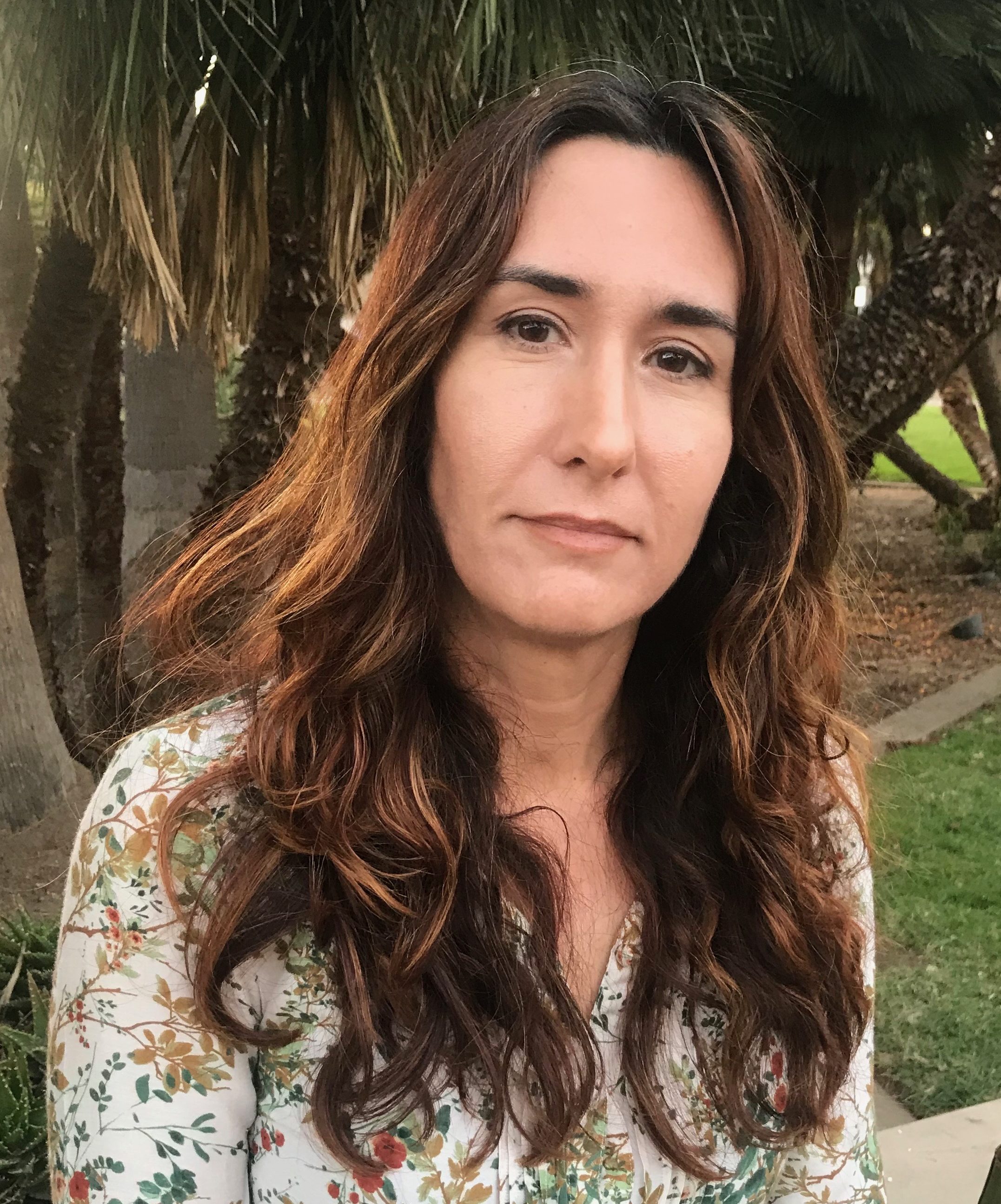 Abstract: Networked and robotic systems in emerging applications are required to operate safely, adaptively, and degrade gracefully while coordinating a large number of nodes. Distributed algorithms have consolidated as a means for robust coordination, overcoming the challenges imposed by the limited capabilities of each agent. However, plenty of problems still exist to break down the barriers of fast computation, make effective use of measured data, and understand large-scale limit effects. In this talk, I will present ongoing work in the control of infrastructure networks and large-swarm coordination, along with a discussion on modeling approaches, analysis tools, and architectural trade-offs going from small to large-sized robotic networks.

Dr Martínez’ research interests include networked control systems, multi-agent systems, and nonlinear control theory with applications to robotics and cyber-physical systems. In particular, she has focused on the modeling and control of robotic sensor networks, the development of distributed coordination algorithms for groups of autonomous vehicles, and the geometric control of mechanical systems. For her work on the control of underactuated mechanical systems she received the Best Student Paper award at the 2002 IEEE Conference on Decision and Control. She was the recipient of an NSF CAREER Award in 2007. For the paper “Motion coordination with Distributed Information,” co-authored with Jorge Cortés and Francesco Bullo, she received the 2008 IEEE Control Systems outstanding paper award. She is a Senior Editor of the IEEE Transactions on Control of Networked Systems and an IEEE Fellow of the class of 2018. 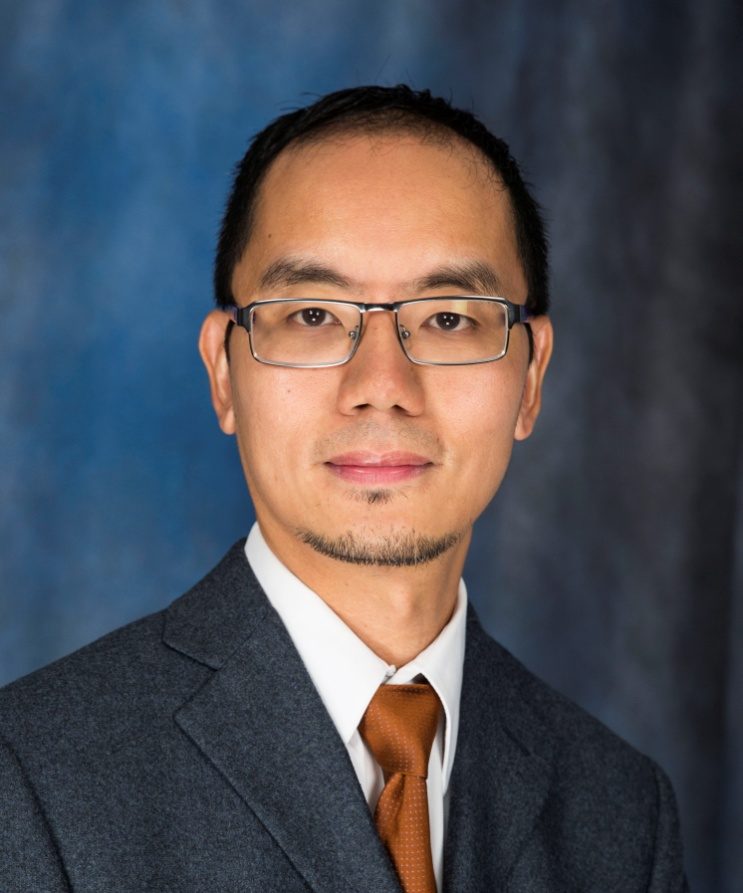 Abstract: To ensure safety, reliability, and productivity of industrial processes, artificial intelligence (AI) and machine learning techniques have been widely used in process industries for decades.    The benefits of process monitoring and control are well documented and employed routinely in manufacturing.  This talk will go over historical perspective and recent AI and machine learning successes in the areas of real-time analytics, deep learning, reinforcement learning, visualization, and feature engineering.  Complex interaction between human decision and automated control will be discussed.    Humans grow expertise by quickly adapting to abnormal conditions and using domain knowledge to generate creative solutions.  However, reproducing human decisions across the enterprise is a challenge.  A common misconception is that AI is to replace human decision.  The talk will emphasize how AI and control systems must be complementary to make human decisions as efficient and consistent as possible.  Human decision will remain a center piece of how to operate industrial processes in a safe, reliable, and productive manner.

Leo has a B.S. degree from University of Wisconsin at Madison and M.S. and Ph.D. degrees from the University of Illinois at Urbana-Champaign, all in Chemical Engineering. Leo has contributed to over 40 externally refereed journal/proceedings papers and has given over 100 conference presentations and university lectures.  Leo has co-authored two books published by Springer Verlag. His textbook Fault Detection and Diagnosis in Industrial Systems is available in English and Chinese and has received over 2,100 citations according to Google Scholar.

Leo has a long history of supporting American Institute of Chemical Engineers (AIChE), having served as 2014-2016 Computing and Systems Technology (CAST) director, 2016 CAST 10E programming chair, 2017-2018 spring meeting program chair (MPC), and recently elected to serve the 2019-2022 Executive Board of the Program Committee (EBPC). Leo was instrumental in setting up the Big Data Analytics Topical Conference (2015 to 2017) and Industry 4.0 Topical Conference (2018-2020) at the AIChE spring meeting.  He was recognized by the AIChE with the 2016 Herbert Epstein Award for his leadership on Big Data Analytics technical programming and 2016 Computing Practice Award for his world-class leadership in the development and application of methodologies in analytics for batch and continuous processes known as Big Data.

Abstract: Electrification of mobility and transport is a global megatrend that has been underway for decades. The mobility sector encompasses cars, trucks, busses and aircraft. These systems exhibit complex interactions of multiple modes of power flow.  These modes can be thermal, fluid, electrical, or mechanical.  A key challenge in working across various modes of power flow is the widely varying time scales of the subsystems which makes centralized control efforts challenging.  This talk will present a particular distributed controller architecture for managing the flow of power based on on-line optimization.  A hierarchical approach allows for systems operating on different time scales to be coordinated in a controllable manner. It also allows for different dynamic decision making tools to be used at different levels of the hierarchy based on the needs of the physical systems under control. Additional advantages include the modularity and scalability inherent in the hierarchy.  Additional modules can be added or removed without changing the basic approach.

In addition to the hierarchical control, a particularly useful graph-based approach will be introduced for the purpose of modeling the system interactions and performing early stage design optimization. The graph approach, like the hierarchy, has benefits of modularity and scalability along with being an efficient framework for representing systems of different time scales.  The graph allows design optimization tools to be implemented and optimize the physical system design for the purpose of control.  Recent results will be presented representing both generic interconnected complex systems as well as specific examples from the aerospace and automotive application domains.

Biography: Professor Alleyne received his Mechanical and Aerospace Engineering B.S.E. from Princeton University in 1989. He received his M.S. and Ph.D. degrees in Mechanical Engineering in 1992 and 1994, respectively, from UC Berkeley. He joined the University of Illinois, Urbana-Champaign in 1994. He currently holds the Ralph M. and Catherine V. Fisher Professorship in the College of Engineering and is the Director for the NSF Engineering Research Center on Power Optimization for Electro-Thermal Systems (POETS). His research focuses on the modeling, simulation and control of nonlinear mechanical systems with a current focus on transient thermal systems.  He developed a commercial simulation tool, ThermosysTM, for simulation of refrigeration systems and worked with the Air Force Research Laboratory to develop the Aircraft Transient Thermal Modeling and Optimization (ATTMO) toolbox. His academic record includes supervision of over 80 M.S. and Ph.D. students and over 400 conference and journal publications. He is the recipient of an NSF CAREER award, has been an IEEE Distinguished Lecturer, and a National Research Council (NRC) Associate.  He is a Fellow of IEEE and ASME.  He has received the Gustus Larson Award, the Charles Stark Draper Award for Innovative Practice, The Yasundo Takahashi Education Award and the Henry Paynter Outstanding Investigator Award from ASME.  The American Automatic Control Council awarded him the Control Engineering Practice Award. He was a Fulbright Fellow to the Netherlands and has held visiting Professorships at TU Delft, University of Colorado, ETH Zurich, and Johannes Kepler University.  He has held several editorial positions for ASME, IEEE, and the International Federation of Automatic Control and been active in external advisory boards for universities, industry and government including the Scientific Advisory Board for the U.S. Air Force and the National Academies Board On Army Research and Development.  He chaired the ASME Dynamic Systems and Controls Division and is a member of the IEEE Controls Systems Society Board of Governors.  His record of campus service includes the Associate Dean for Research in the College of Engineering and the Associate Head for Undergraduate Programs in Mechanical Science and Engineering. In addition to research and service, he has a keen interest in education and has earned the UIUC College of Engineering Teaching Excellence Award, the UIUC Campus Award for Excellence in Undergraduate Education and the UIUC Campus Award for Excellence in Graduate Student Mentoring. 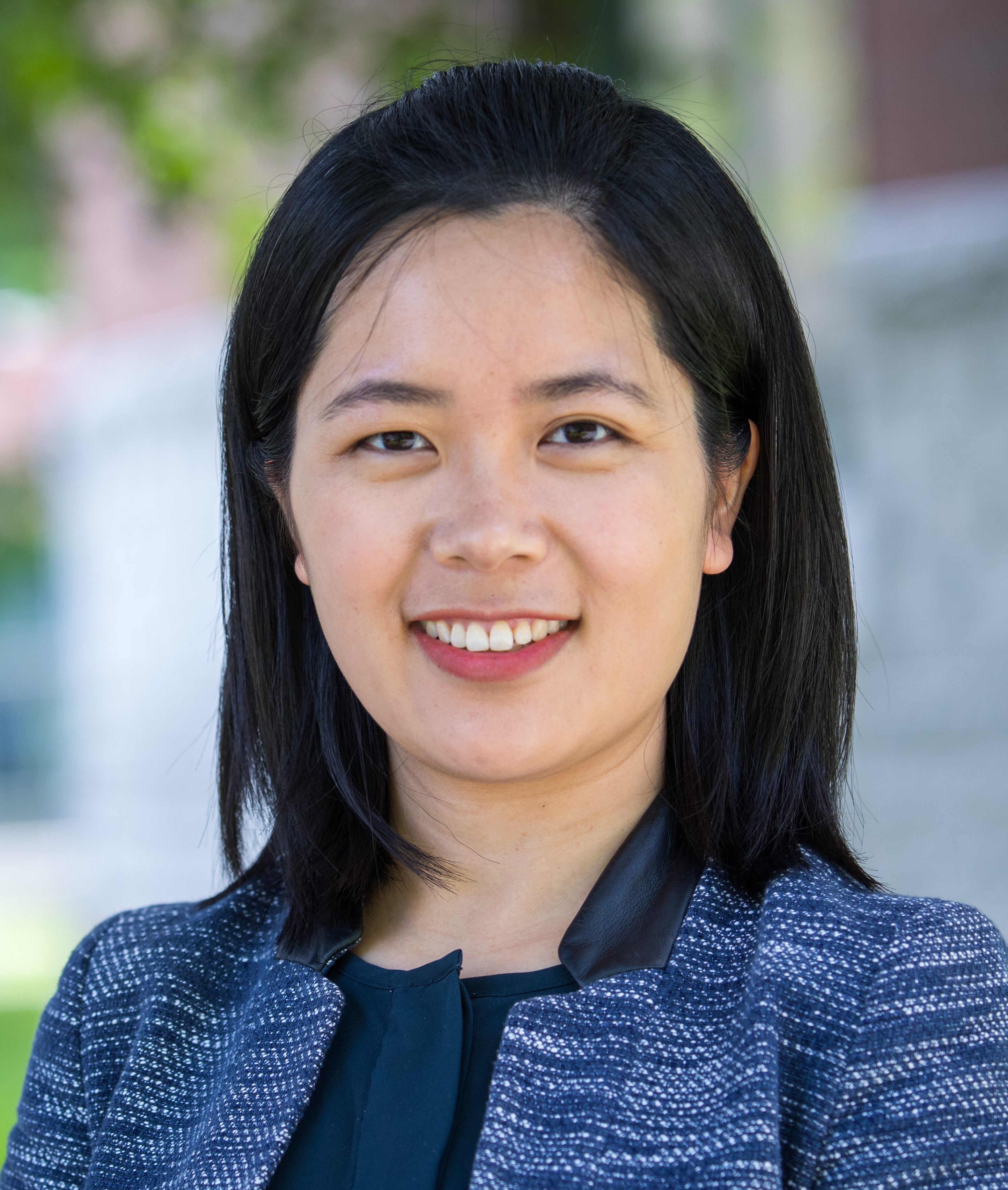 Abstract: Recent radical evolution in distributed sensing, computation, communication, and actuation has fostered the emergence of cyber-physical network systems. Examples cut across a broad spectrum of engineering and societal fields. Regardless of the specific application, one central goal is to shape the network collective behavior through the design of admissible local decision-making algorithms. This is nontrivial due to various challenges such as the local connectivity, imperfect communication, model and environment uncertainty, and the complex intertwined physics and human interactions. In this talk, I will present our recent progress in formally advancing the systematic design of distributed coordination in network systems. We investigate the fundamental performance limit placed by these various challenges, design fast, efficient, and scalable algorithms to achieve (or approximate) the performance limits, and test and implement the algorithms on real-world applications.

Biography: Na Li is a Thomas D. Cabot associate professor in Electrical Engineering and Applied Mathematics of the J. Paulson School of Engineering and Applied Sciences at Harvard University. She received her Bachelor degree in Mathematics from Zhejiang University in 2007 and Ph.D. degree in Control and Dynamical systems from California Institute of Technology in 2013. She was a postdoctoral associate of the Laboratory for Information and Decision Systems at Massachusetts Institute of Technology 2013-2014. She has joined Harvard University since 2014. Her research lies in distributed learning, optimization, and control of cyber-physical networked systems. She received some paper awards, NSF career award (2016), AFSOR Young Investigator Award (2017), Harvard PSE Accelerator Award (2017), ONR Young Investigator Award(2019), Donald P. Eckman Award (2019).